Welcome to another edition of What's On Your Workdesk Wednesday, the linky and loads of other desks can be found here, courtesy of the rather lovely Mrs Dunnit.

I don't have a very interesting reason for having skipped a few weeks.  Seems I'm usually quite forgetful and then by the time I remember it's Thursday and it kind of negates the whole point.  However, today I have managed to get here relatively on time.

The desk itself looks little different.  I'm gradually compiling components for a Halloween bell jar project.  Might need to get a shift on with that, as Halloween itself is only a couple of days away! 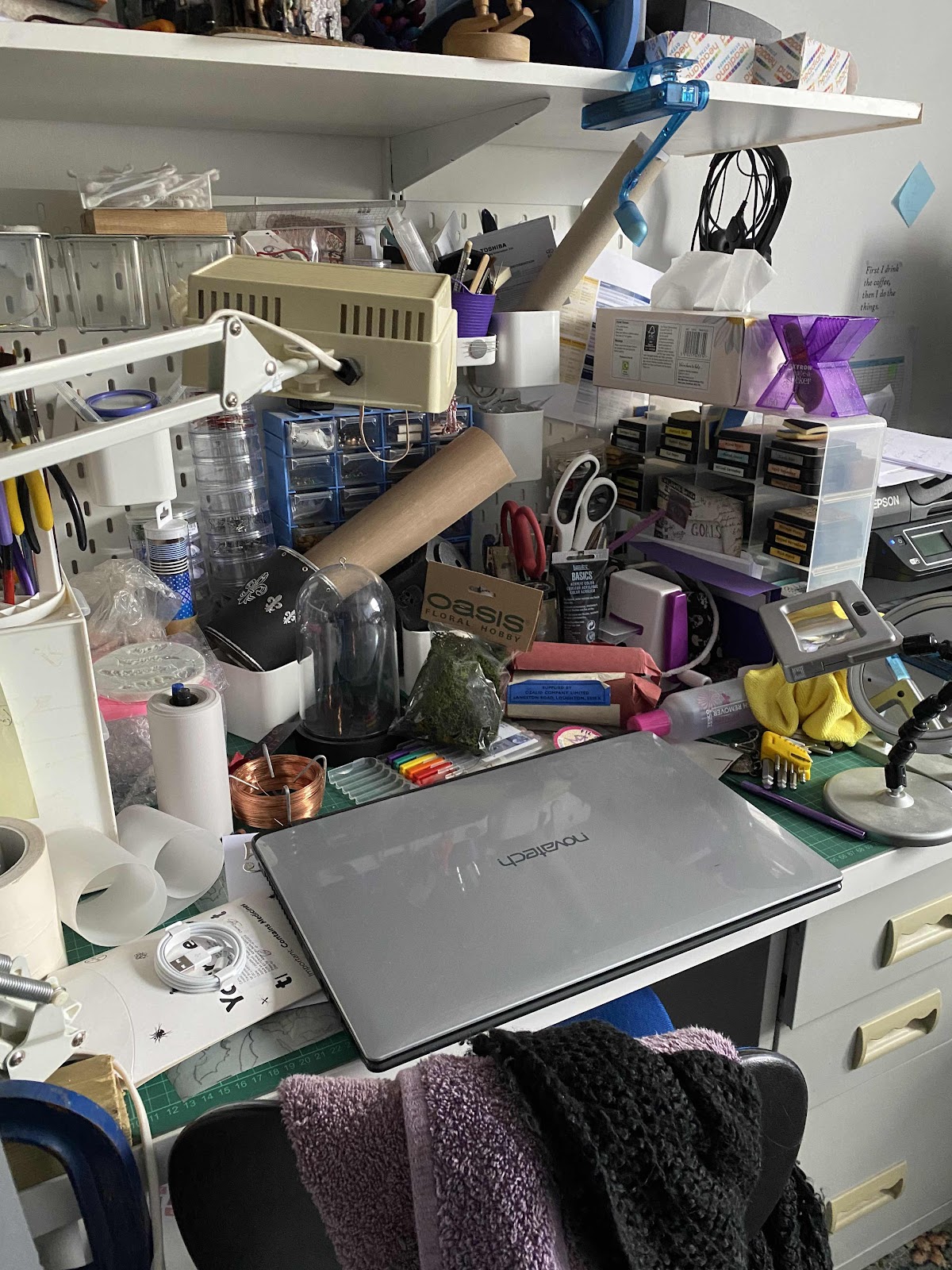 The world at present mostly revolves around needlework - the joy of joining an online gaming....thing.... that vaguely resembles a book you used to roll dice to read.  Adventure books.  Except not much adventuring goes on - you join a clan, you all stitch, and create enough stitches to buy ingredients to build spells which you then throw at another clan until only one remains.... In it's most base form it sounds dull, but it certainly drives you to get big projects done and dusted!  I'm not the fasted of stitchers, but have managed to complete a couple of projects, as you well know.

The barn owl is finally complete, washed and awaiting framing... 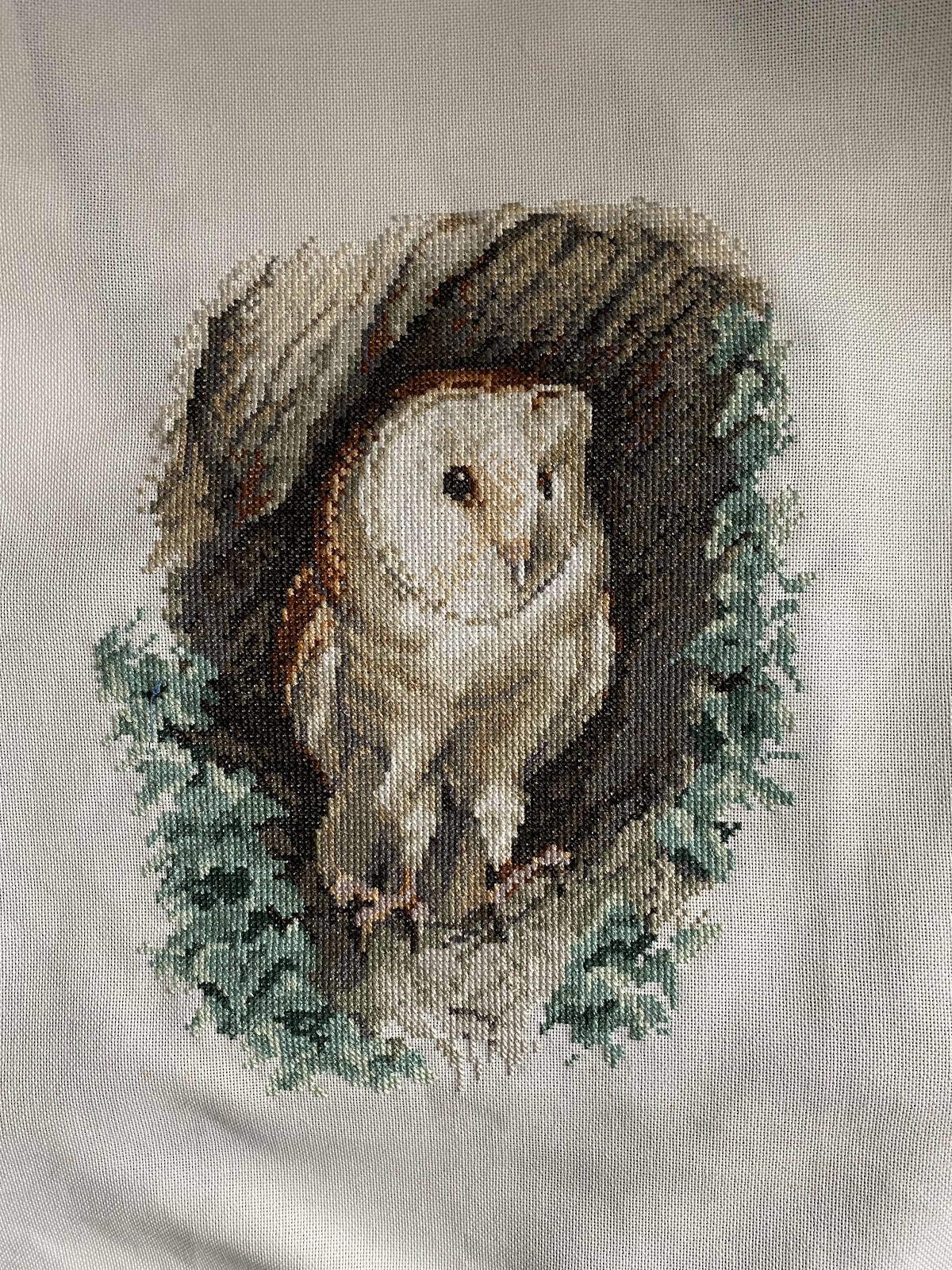 The Peppermint Purple SAL is almost complete, we're in the final quarter of the year and although I'm a little behind (fnar fnar) by a couple of weeks, it won't take long to catch up! 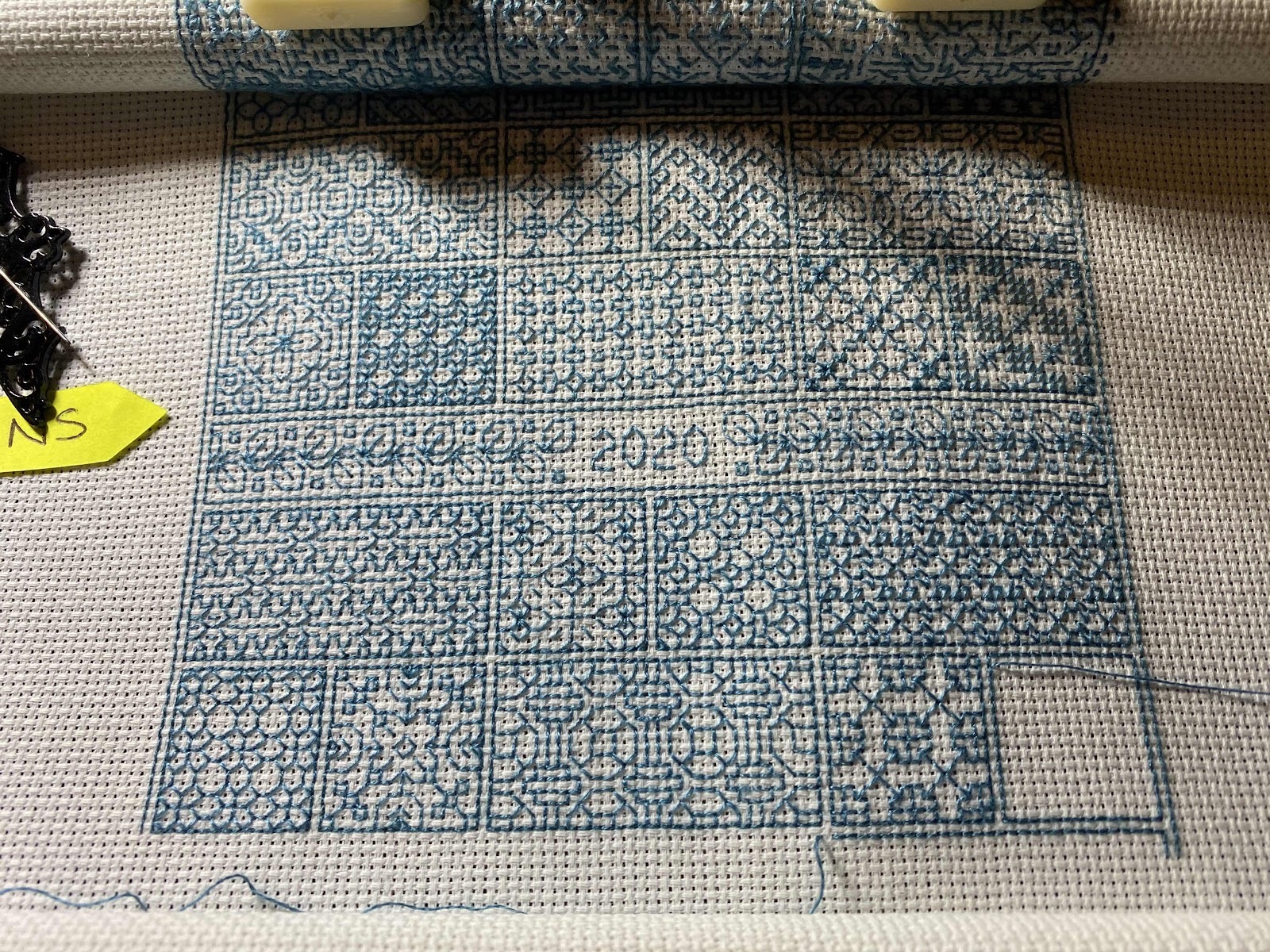 I've been working on another project which I won't say too much about as I'm not sure the recipient ever lands on my blog, if she even knows it exists but suffice to say I'm working on this baby and it's close to done.  Just got to finish off the ring and add the back-stitch. 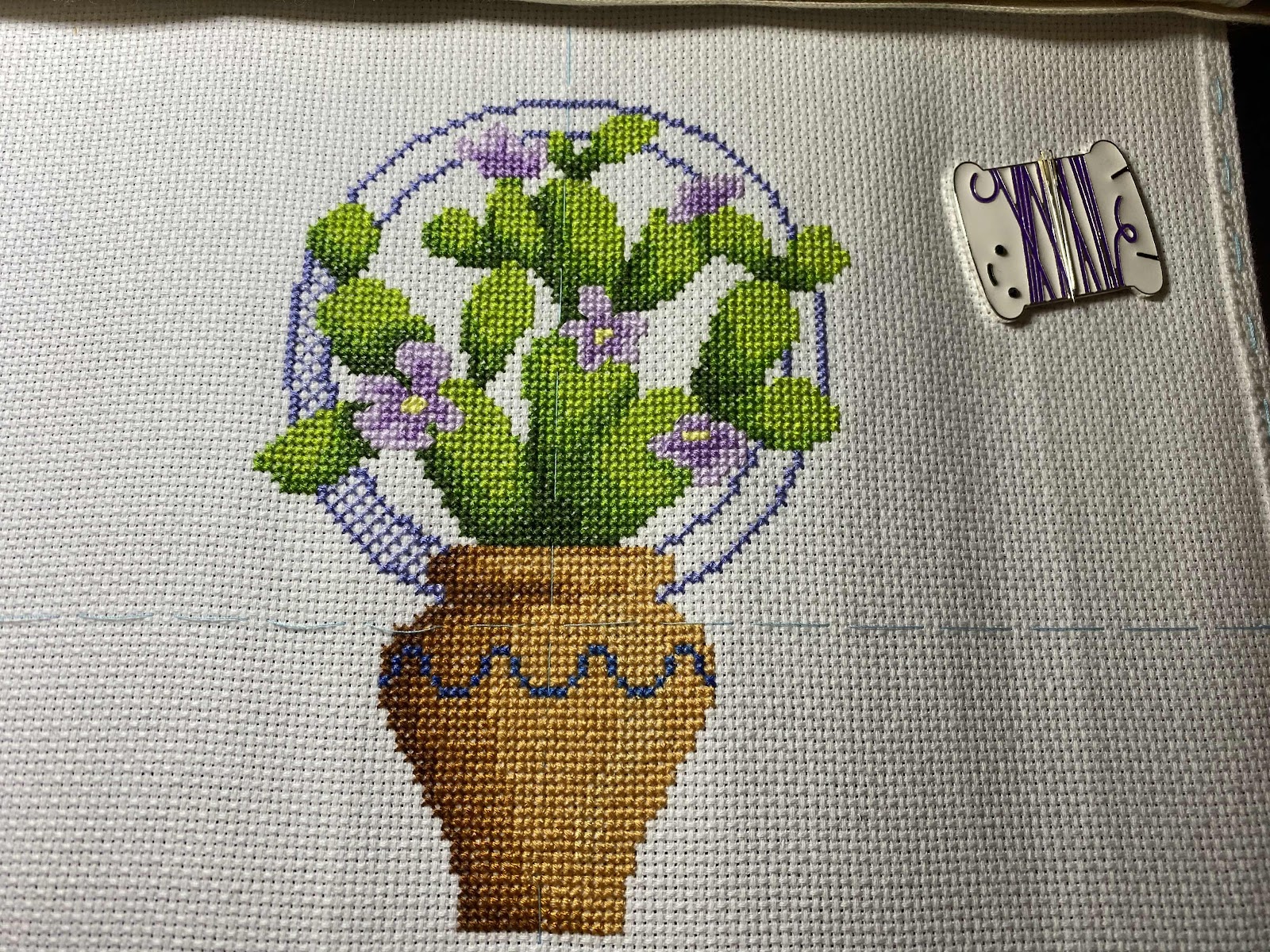 I also managed to make a couple more masks for me... 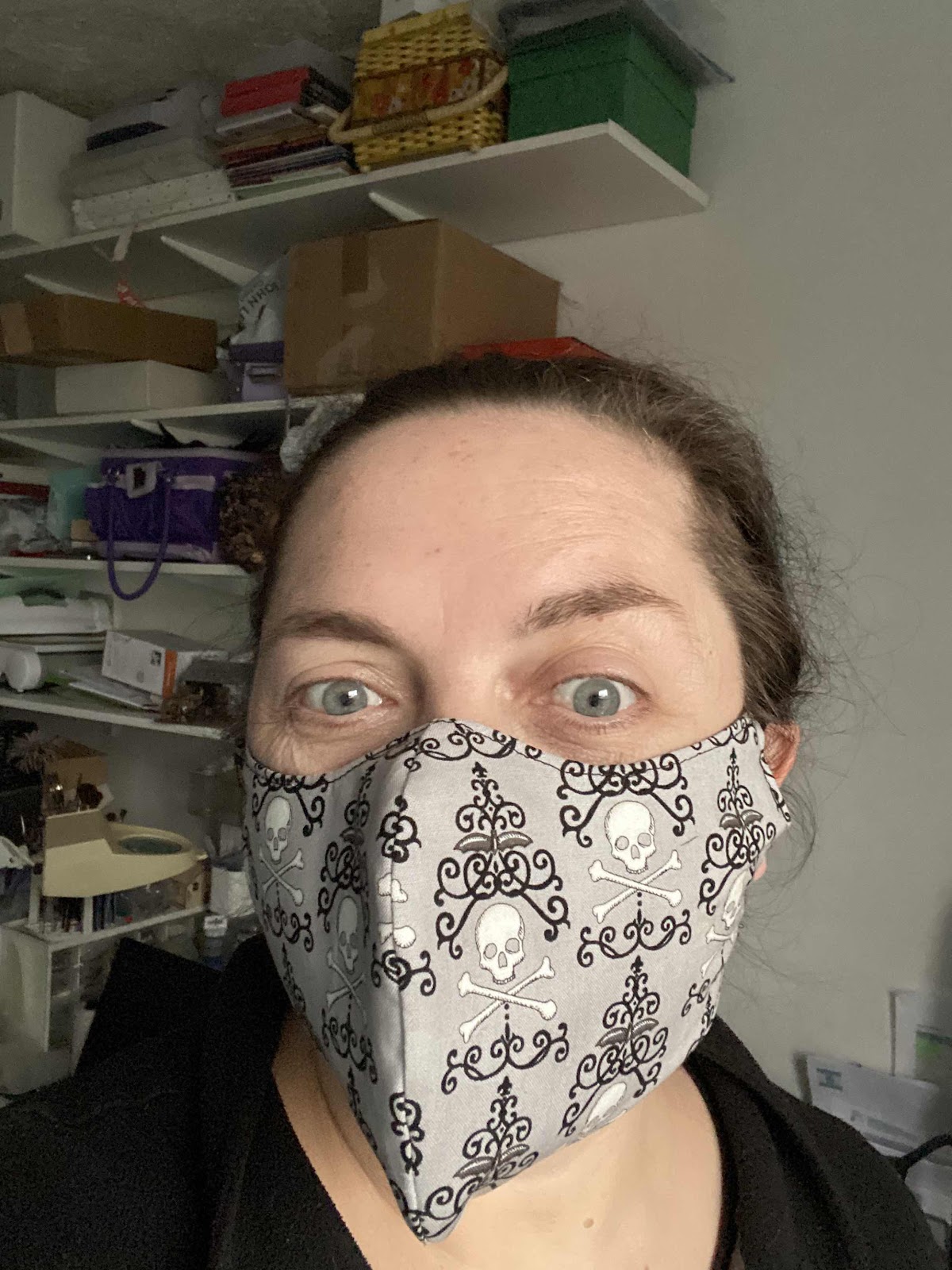 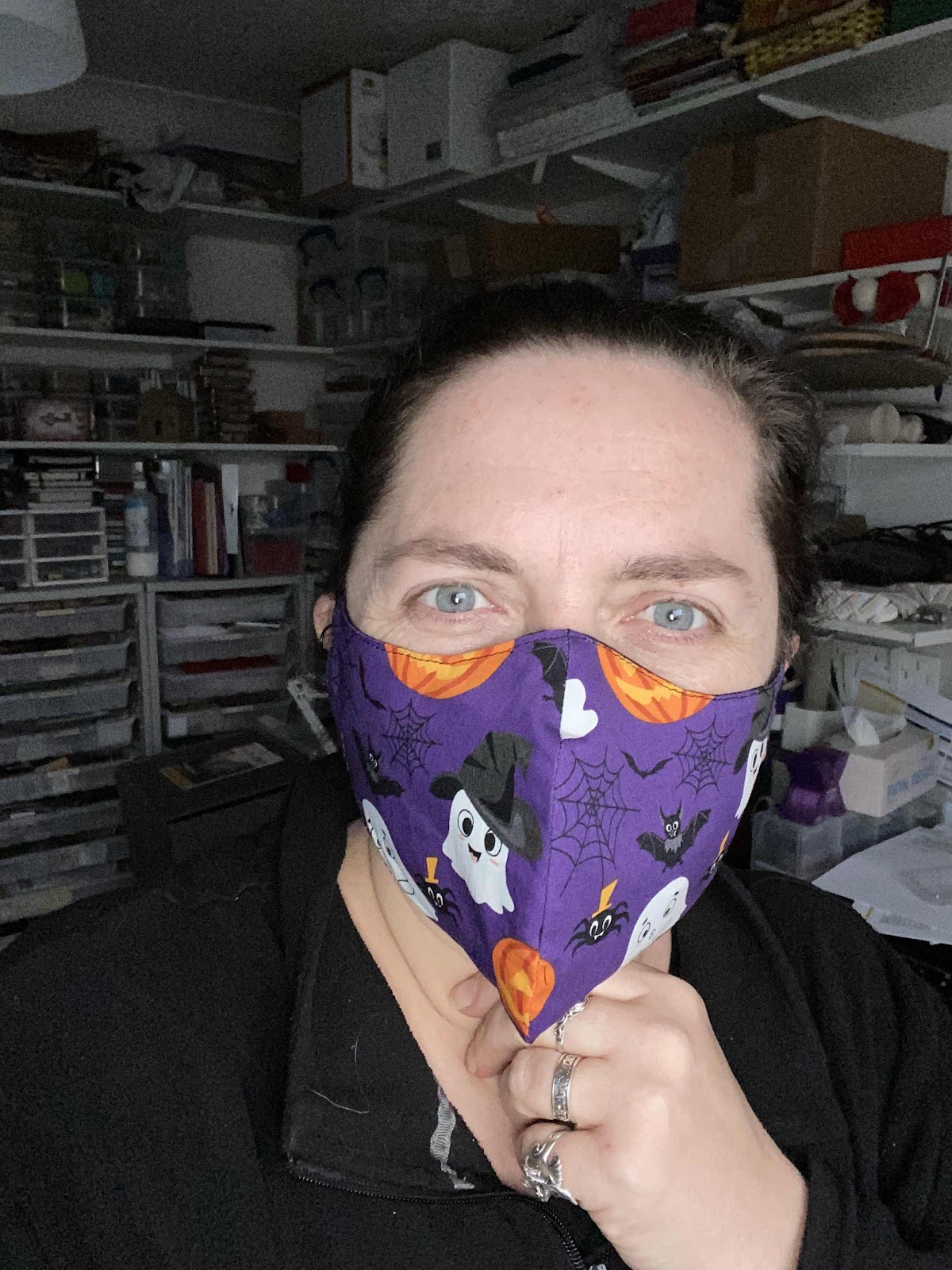 Next up to be worked on is this Halloween Hanging - I bought it at the Harrogate Knit & Stitch show back in 2017, and it's been lurking in my pile of "I'll get round to it someday" projects.  It’s a printed panel that you machine quilt and I’m looking forward to whipping it up. Somewhere I have all the bits for a Lily Bo quilt I promised.  It will still get done and sent... 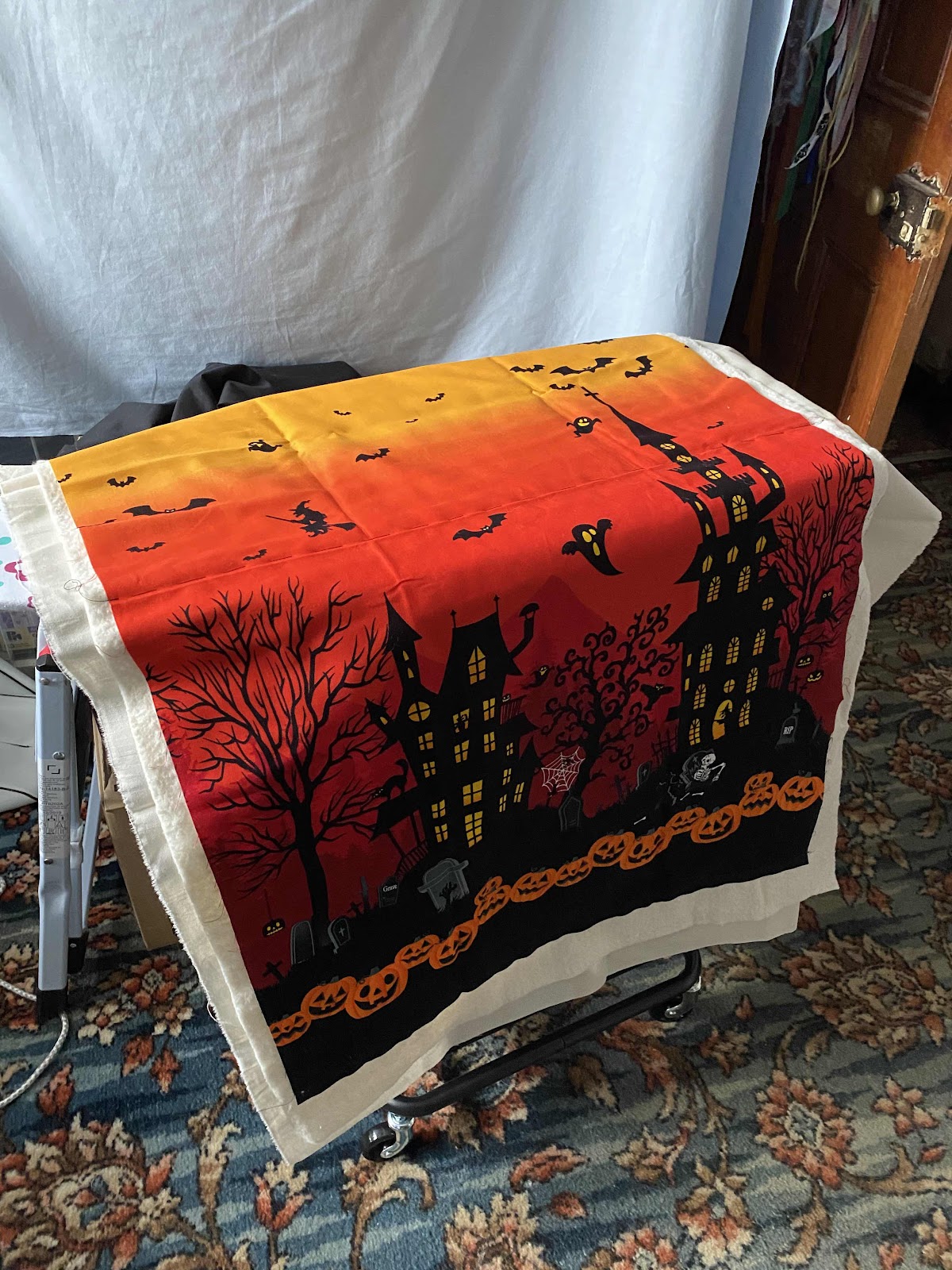 Once that's done, it'll be a few other stitching projects, as well as finishing off a half done jumper for Lil Miss B.  Back and front are done, need to stitch/crochet them together, do the sleeves and neckline, and it'll be done.  I have a couple of other knit/crochet projects to do after that one.

Oh - the knee is a lot better, by the way.  Going to have some doozy scars!  It's Mr B's turn now though - he managed to badly scald his left foot on Saturday 17 October and has been off work since, but hopefully will be fit enough to return to work on Monday.  Fingers crossed!

Anyway - off to do some work now (bah, hiss, curses!), so happy hopping folks!

Rambled madly by Morti at 9:19 am 17 more Mad Ramblings