Hello!
Yes, I know, don't faint..... I'm back.
It's been an age - in fact it's been so long, this is my first post from my "new" desk.  I say "new" because we moved in over three months ago.
It didn't help that we didn't have internet for 6 weeks after moving in, but hey, here I am now...
It's quite a dark room in the mornings as it doesn't get sun until much later in the day.  The windows also have a film on them to reduce the glare in the room as it gets REALLY bright in there otherwise.  We also have bird stickers on the window, which I assume is to prevent bird strikes - the previous resident must have had it happen a lot!
The desk itself is a T-shape and you can't really see what's on it other than a lot of everything!  I promise there'll be more to share soon.....!! 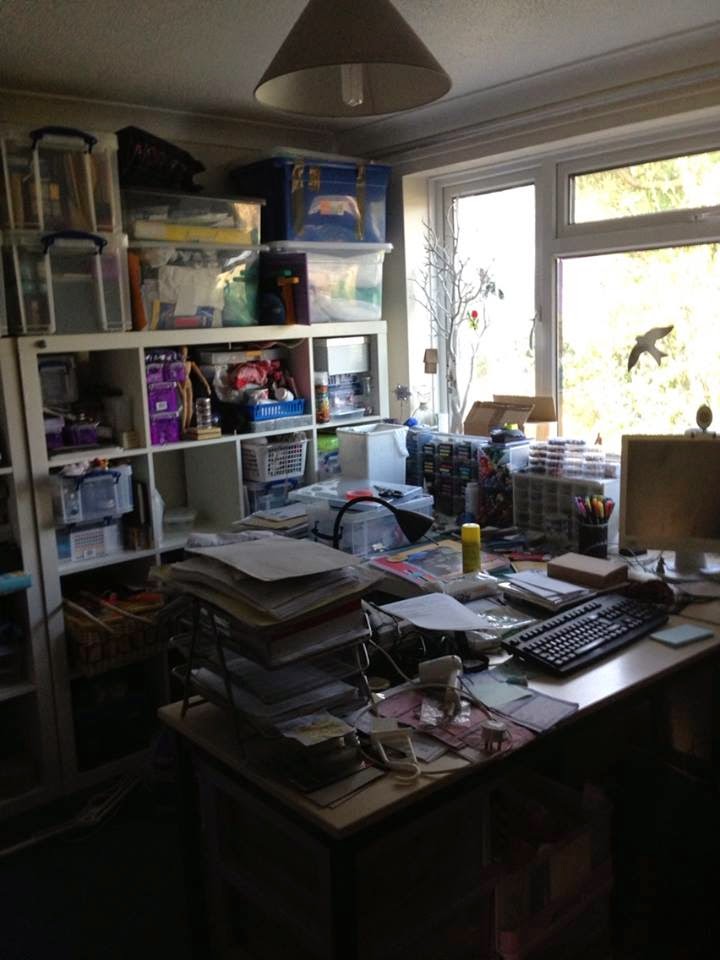 Rambled madly by Morti at 8:39 am 14 more Mad Ramblings