Ok, that's a bit of a lame title, I know.  Especially as it has such a tenuous link to what we got up to on Saturday evening, but I thought I should post a little bit about what we did.

Verwood Panto Society hosted a fundraiser, and the Country band, Neon Moon, played for us for free.  We all bought tickets, and this meant that after the hall hire had been paid for, everything else went to the Society to help raise funds to pay for the new costume shed we just bought.  Neon Moon were ok - have to say that really cos the drummer is in the panto society! - but the music they played would only have been well known to fans of Country music.  It wasn't exactly a get-up-and-dance evening, except when Steve (the drummer) put his disco on when the band weren't playing.... Poor Lil Miss B was a bit bored most of the time. 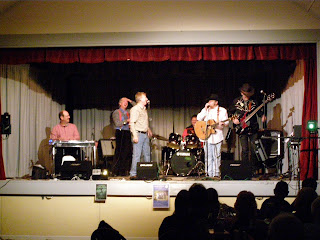 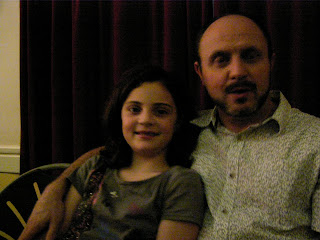 Highlight of the evening?  The sunset on the way there..... 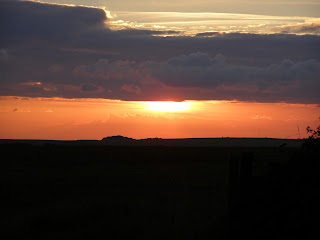