Snow and other stuff.

So what's new in the land of Mort?

Well, another month has come and gone on Aunty's forum. I'm going to be really dull and boring here and say that anyone who wants to see what I created for the March Challenge will just have to go onto the forum, look in the Members Gallery under Team Zone, Fi's Fab Five, and see what I put in. Apart from this one...gotta put this one here... 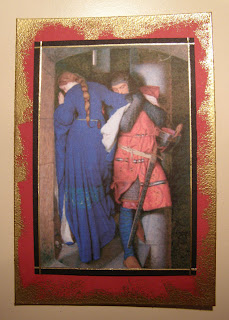 Why this one in particular? It's one of my favourite works of art (next to The Accolade, by Edmund Blair Leighton), and is called "Meeting on the Turret Stairs". It's by Frederick William Burton, and I just love it. DH hates it. I love it. Wonder who is going to win the battle to get a large version and hang it somewhere in the house. Not least cos it's the only one my brother and SIL DON'T already have... Anyway, back to the point. The March challenge was all about the 7 Deadly Sins, and I put this card in as "Lust".

Other news - we've had snow! Fabulous, particularly this far south! This was the sight that greeted me this morning. 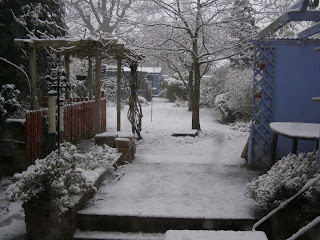 So I then got arty, really testing the camera for zoom and close up...LOL 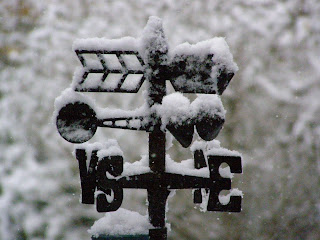 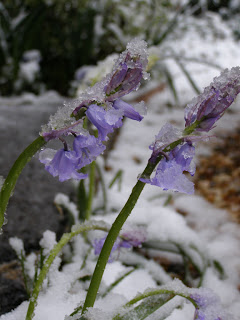 and then we walked the dogs.... 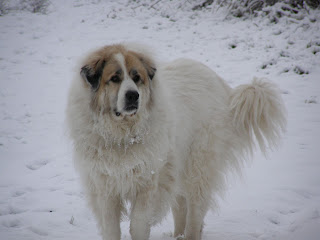 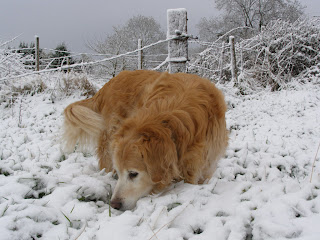 As far as pictures go, I think they came out well!

What else? Well, I haven't really been up to much. DH is still up in London doing his course - only 3 weeks left now! Time definitely HAS flown.

I've not done as much as I'd like to have, been lazy really, but I suppose I ought to finish this post off with another something I've made lately. So here are two birthday cards I made a wee while ago but forgot to blog. The recipients have had them by now, so it's safe to stick them on here (and I don't think I already have. If I have, pardon me for repeating myself!) 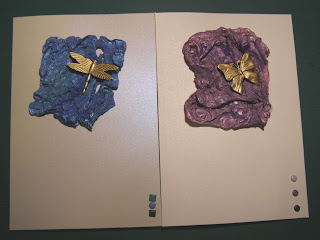 The coloured panels are made with shrinkable paper and luna lights inks. Just squidge the inks on, heat the paper with a heat gun and watch it curl and shrink, the inks drying as you go. The paper is the sort that AmEx and other companies used to make envelopes that are untearable. Once done, the panels are fixed to cards with sticky foam pads, and then brass charms of butterflies (or similar) are fixed onto the panels. A few toning brads and Bob's your uncle....
Rambled madly by Morti at 5:03 pm

Fabby cards, and your photos are great, love the flower one. Is that a Bluebell?

Yes Sian, that is indeed a bluebell. Is it me, or are they out early this year?

Apart from the 'home' pics, I love those Tyvek cards - great stuff. Dare I ask where you managed to get you hands on that? *g*

If you're talking about that paper shrinkie stuff (ROFL) then I think I originally got it from Express Services in Kettering where I also got my Luna Lights from.... so that's what it's called eh?

Diane - what fabulous dogs! And your garden looks lovely